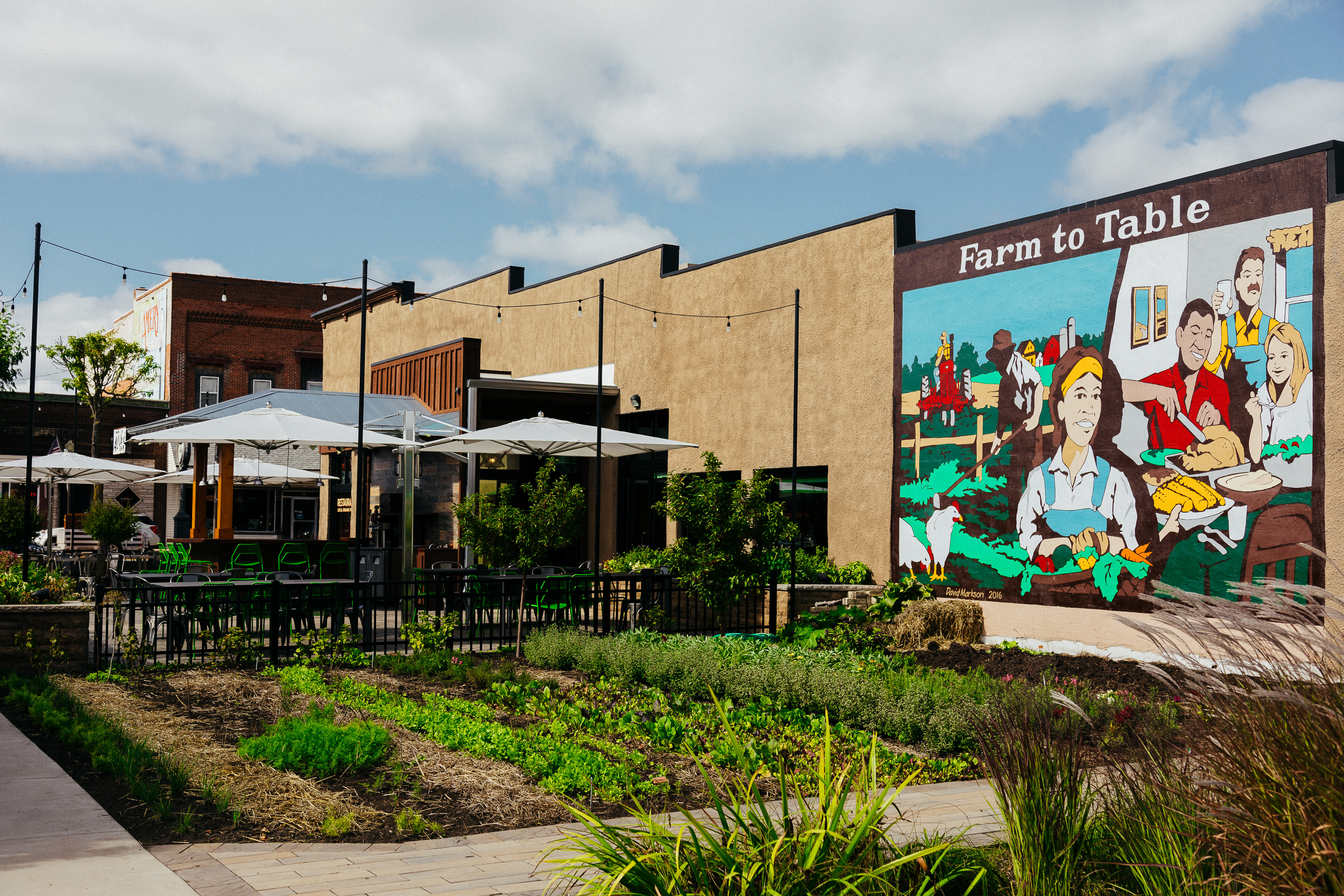 I used to team-teach Literature and History. Beginning each year, we asked students to design an image describing their personal journey—what they hoped to achieve—not just in class or 11th grade, but more broadly in life.

If Farm Table Foundation had somehow been in class back then and hung their picture of mission, the image would undoubtedly feature scenes from below ground. All the root hairs, exudates, bacteria, seeds, enzymes, minerals, mycorrhizal fungi, earthworms, and assorted microbiota that make up what we call “soil.”

While Farm Table is a work in progress—as is Nature—I want to make the case that our mission is one of the great journeys of our time. A journey as challenging, technical, and transformative as putting a man on the moon. As fully absorbing and inspiring as deciding what to do with, as Mary Oliver writes, “this one wild and precious life.”  And, at its simplest, as fulfilling as a sit-down dinner, direct and seasonal, off a local farm.

Mapping the human genome in the 1990s, scientists made an unusual and potentially troubling discovery: 90 percent of the cells in our bodies do not carry our unique DNA. They are not “ours” in any real sense. They come from somewhere else but live inside us and have a distinct genetic signature.

How is it that our bodies are composed of a bouillabaisse of cellular life and activity that is as infinite and unfathomable as the universe? Millions of different types of bacteria, trillions of individual cells, all of them at work, every moment, regulating bodily functions, feeding, reproducing—and somehow completely oriented to the task of begetting life.

That same bouillabaisse of bacteria, enzymes, and cellular life found in the human body is also found below ground in soil. What is in us is also under our feet. 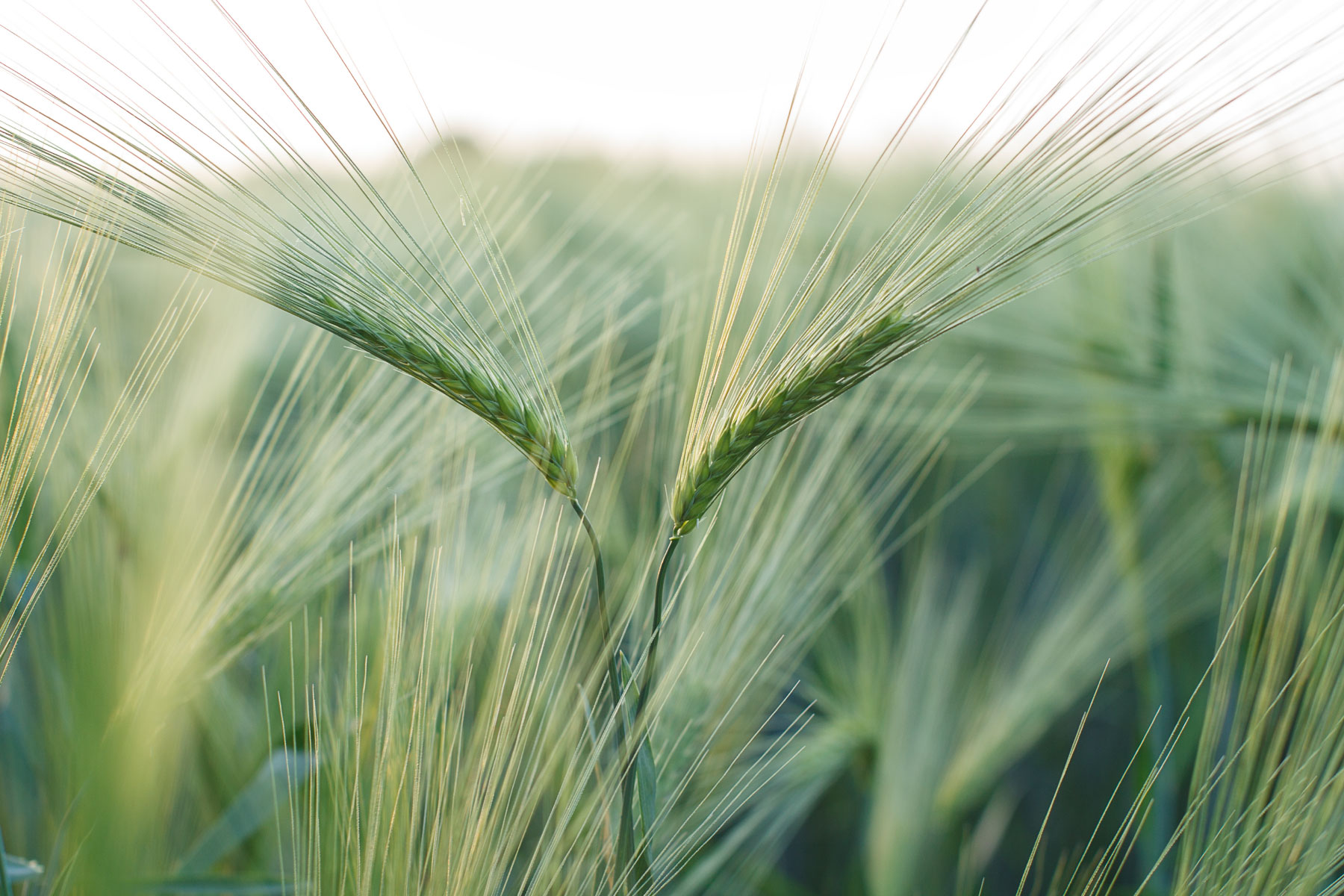 All life on this planet is built from the ground up, by a tiny biological network that is highly diverse, highly interdependent, and highly functional—though little studied, mostly unacknowledged, and largely unseen. But, the salient point is this: the overwhelming majority of microbiota—the thousands of species we know and the millions we don’t—are, for lack of a better term, “pro-life.” They are working to improve vital natural functions, whether helping to digest food in the human intestine, regulate organ function, or, in plants, break apart minerals and connect to underground microbial networks.

Growing a local food culture is rooted in the premises and scientific background detailed above. That story is profound and complex, and points to a vast and unknown frontier. It’s tempting to shorten it to something as simple and familiar as: “You are what you eat.” By itself a great maxim, but not quite rising to the level of a moon walk.

Where we turn the corner on this is if we intentionally set out to impact the “what you eat” part of the equation in order to get at the “what you are.” That is, by working with soil at a level that feeds and optimizes microbial and fungal networks, that enhances land function, that improves plant health and food quality, we thereby boost animal and human health.

It’s not such a novel or far-out idea. For most of American history food was grown in very healthy soil, with rich and undisturbed microbiotic networks. Tillage was primitive and limited to human or horsepower. The fruits of the land were loaded with vitamins, minerals, and enzymes which served human health and longevity extremely well. Given the lack of modern medical care, refrigeration, and commercial food distribution, the vibrancy of America’s population over hundreds of years was pretty darn good. 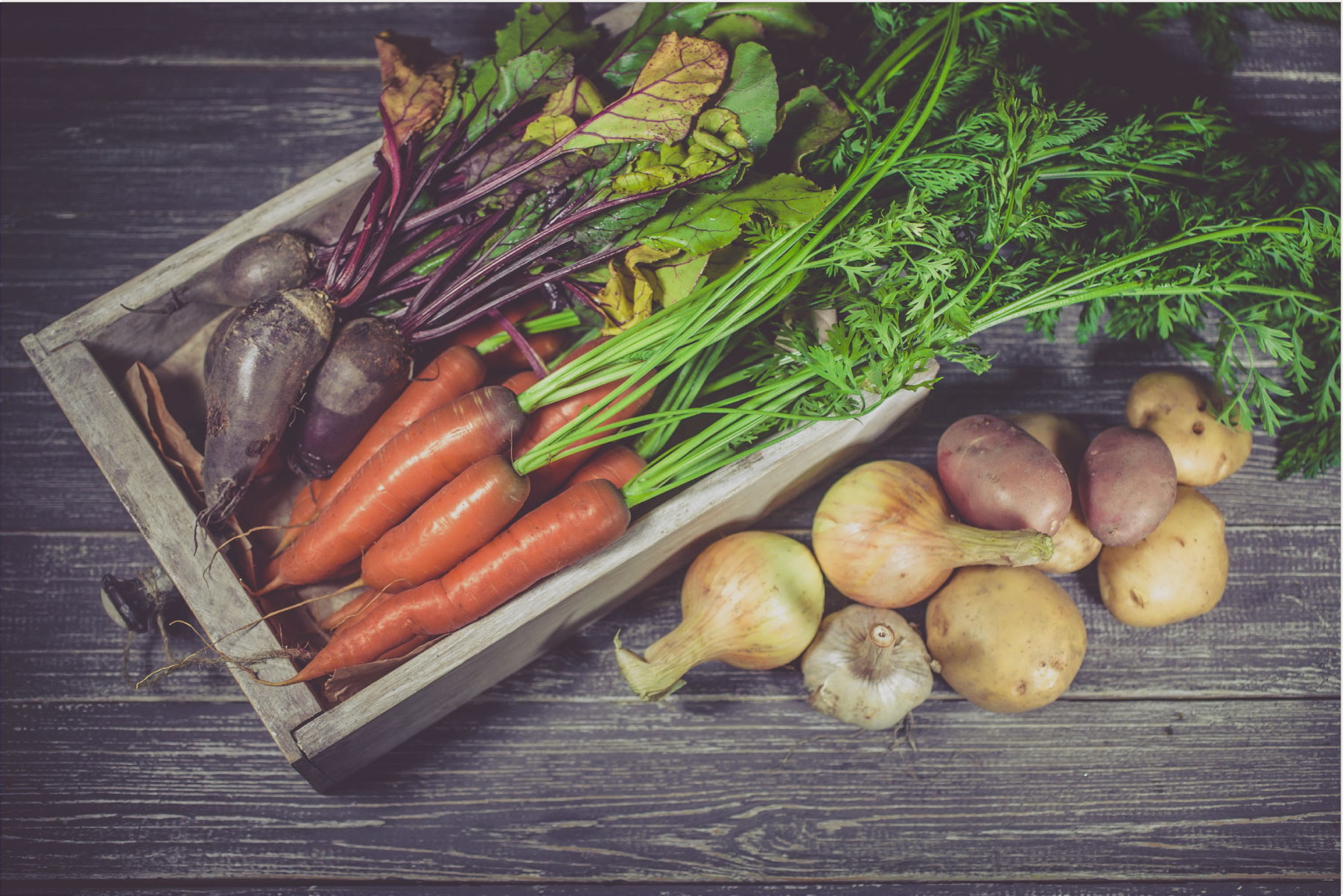 Indeed, over thousands of years, the human family, living in primitive conditions, survived every planetary and biological threat by dint of an effective, well-tuned immune system and a well-fed brain—developments principally driven by the human family learning to nourish themselves.

But, that’s not today. The raft of defects, diseases, and dysfunction in both soil and human health are well-documented, as is the decline in the quality of food (poorly mineralized and marginally alive); and it’s costing us billions as a country, community by community. In 1960, the year I was born, America spent 5 percent of Gross Domestic Product (GDP) on health care and 18 percent on food; by 2015, those numbers had essentially switched: America spent 19 percent of GDP on health care (the highest percentage of any country in the world) and 5 percent on food.

And, worst of all as far as farm country goes, the negative impacts of soil depletion have hit hardest in small towns and rural areas—in terms of depopulation, lack of economic growth, and overall decrease in life expectancy. We are hollowing the American breadbasket, one farm, one school district, one community at a time.

A local food culture is about restoring what was once prevalent here. A rich soil network, animal and human health, food and fodder teeming with life. Farmers who want to take on this complicated process and who grow for local markets. Cooks who work with the seasonal fruits of this place, learning how to prepare them in ways that magnify their flavor and maintain their nutritional quality. Processors that want to preserve and put this food by for the long months of winter—frozen, canned, or pickled with all the bounty of vitamins, minerals, and enzymes intact.

A local food culture is about the individuals that live, visit, or play here. It’s about those who, because of their proximity to this land, end up growing, preparing, preserving, or eating the food of this place. Here. And now.

By extension, that makes Farm Table’s mission about “you.”

These are the ‘yous’ who relish fresh food right from the field—and value its nutrient density as the basis of human health.

Without a ‘you’ to engage these experiences and to be conscious of the values, tastes, and products that make it special, without families who farmed for generations here and loved it, without that level of connection to “here”—there is no local food culture.

There is only a description of a mission.

And so, Farm Table’s task is daunting. From elucidating the soil food web and its intersection with human wellness to gathering together people who believe in cooking, flavor, taste, and seasonal treasures. From valuing a local kombucha to making homemade crackers. From carving pumpkins to craving alpine strawberries. From engaging foundational concepts to treasuring tiny microbes.

And everything in-between. No small potatoes.

How we grow matters. And that includes how we grow people and communities. 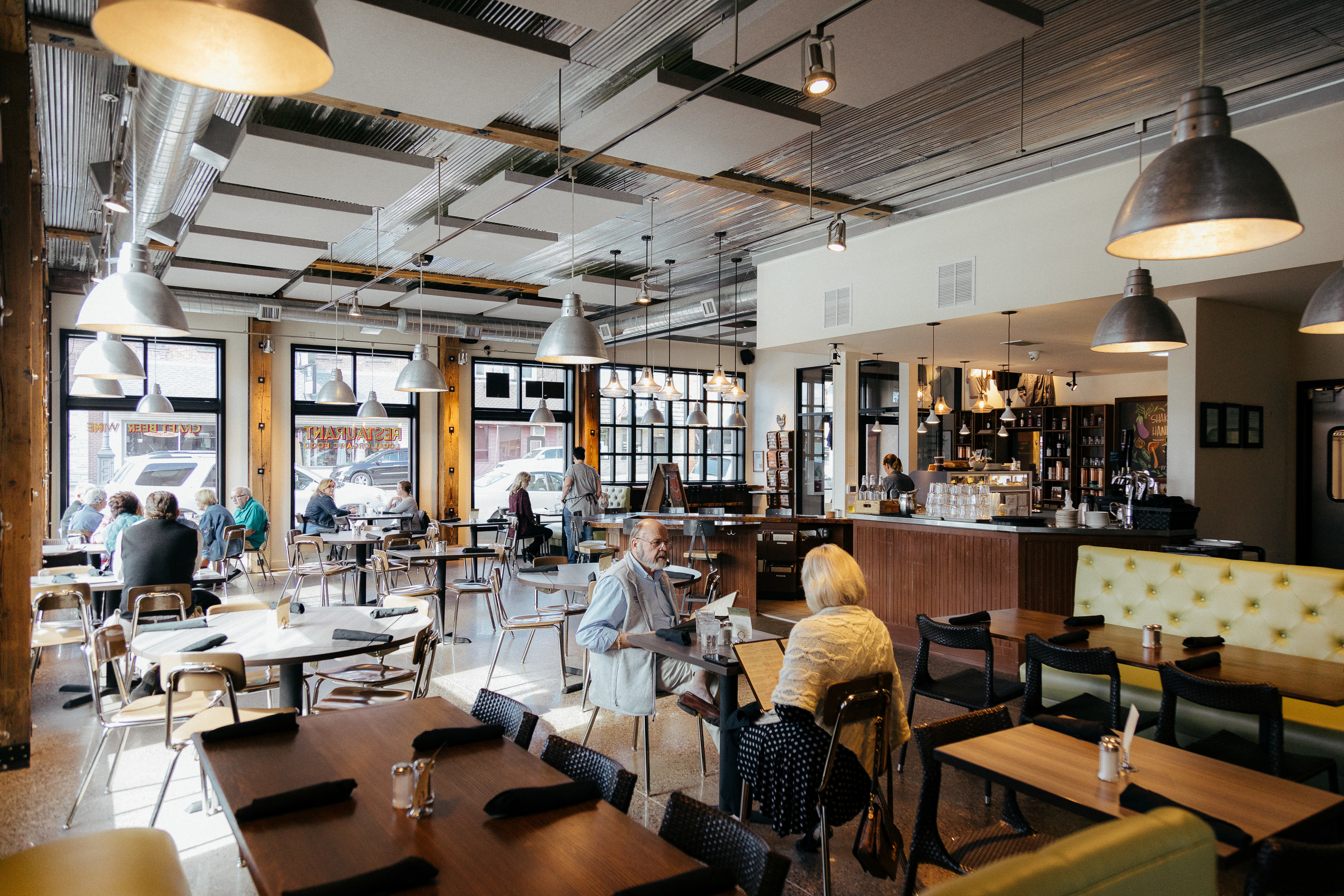 We relish this challenge at Farm Table and believe in it passionately because we are the ‘you’ who have experienced so many aspects of it—every meal, every season, every year. We are the ‘you’ who love to learn more. And we are the same ‘you’ who see in Hippocrates’ dictum the ultimate statement about how to live and eat in this place we call home: “Let food be thy medicine and medicine thy food.” The ultimate success of Farm Table is about building this network of people: diverse, interdependent, creative, and with great capacity to grow, adapt, and renew. Kind of like that soil food web underground; or that diverse microbial community in our gut. We are seeking to replicate Nature’s finest principles, growing an organization that creates community out of the best elements in its midst.

Peter Henry is a co-founder of Farm Table Foundation.