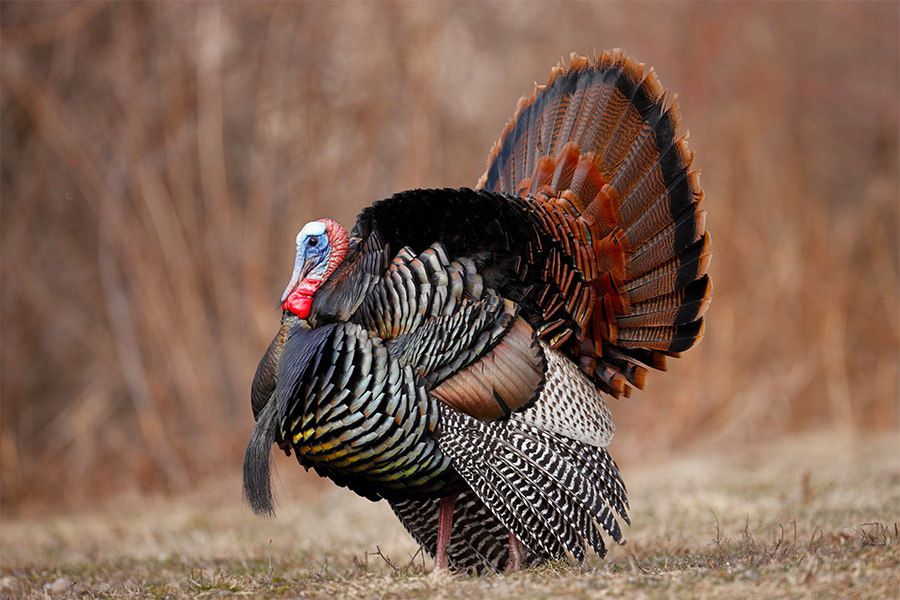 “To live, we must daily break the body and shed the blood of Creation. When we do this knowingly, lovingly, skillfully, reverently, it is a sacrament. When we do it ignorantly, greedily, clumsily, destructively, it is a desecration.” Wendell Berry, The Art of the Commonplace

It’s dark and chilly at 3:30 AM in April in northwest Wisconsin. But I alighted from bed that morning without trouble.

I was going hunting for the first time in my adult life. Unlike those times as a boy when I closely followed my uncle Rog along rural Iowa fence rows as he hunted pheasants, this time I would be carrying the gun.

I met my mentor, Cody, at 4:30 at a park-n-ride just over the Dunn County line. Cody has been hunting since before he can remember. He works for Pheasants Forever. Fewer people are hunting these days, so groups like his are investing in educating new hunters like me. Hunting licensing fees support the important conservation work done in the state.

Cody had permission to hunt on a farmer’s land—said he’d been seeing turkeys out in a certain field. We arrived by 5:00, gathered our gear, and crunched through the snow toward the blind–which Cody had set up on the edge of the field a few days earlier.

We set out two decoys (one hen and one male, or tom) about 15 to 20 yards out and then ducked into the blind to wait for turkey season to open at 5:58 (a time set based on sunrise). As if on cue, from a ridge maybe 300 yards away, a few toms started gobbling from their tree roosts at about 5:50.

A few minutes later Cody started calling, mimicking a hen with a device made of slate and wood. April is breeding season, so toms are out daily, looking for hens.

At about 6:05 we see a tom fly from his roost and land maybe 70 yards from us; a couple minutes pass and two other toms leave their roosts and join him. Cody continued to call periodically.

Soon all three toms were walking directly toward our decoys; they approach aggressively, strutting and displaying, ready to establish dominance over this new tom in their neighborhood. Meanwhile, Cody continued to call, now and then, dragging the wooden mallet over the slate.

Of course, now all three toms are in range. The 12-gauge shotgun is at my shoulder, safety is off; I am sighting down the barrel. Trying to breathe easy.

When strutting, turkeys tuck their necks down close to their breasts. You don’t want to shoot them in that position as the meat would then be riddled with gunshot. You want a clean shot at the head.

The three toms are bunched together, about 20 yards away. Two of them strut a few feet straight toward the blind, necks tucked. One steps to the side, but his neck is also tucked. Cody is whispering, “Shoot the one on the left; no, now the one on the right.” I am just trying to wait until one lifts its neck….

I don’t know turkeys. Might they all fly, or run, away if I don’t shoot soon? How much time do I have here?

Ah, one has turned, slightly in profile, neck raised. My sight looks on; breathing slowly, keeping my head down, cheek against the stock, I squeeze.

Earlier, Cody had said that if we didn’t see any birds in the morning, we could grab lunch, then go out again in the afternoon. But here it is, just 6:12 or so, and the tom is down. It’s still dusky—too early for the sun to even light up the turkey’s iridescent tail feathers.

The other two toms seem a bit confused—but begin to move slowly away. I set the safety and lean the 12-gauge against the blind. Cody gets up and out of the blind quickly. The tom is flailing wildly in the snow; Cody assures me that the flailing is normal, the tom is totally dead, was when the shot rang out. He steps on the turkey’s head and skillfully grabs the shank above the sharp one-inch spurs so the meat won’t be bruised from the flailing.

I knelt down by the tom once he had fully quieted. We both stroked his feathers. I said thank you. This was not an expected start to his day.

Hunting feels very serious to me, and very honest. Serious in that I am deciding if I will take a life, a life that has a right to go on, a life that would very much like to find a hen. Honest in that it’s a direct confrontation with the truth that we cannot live but that others die. 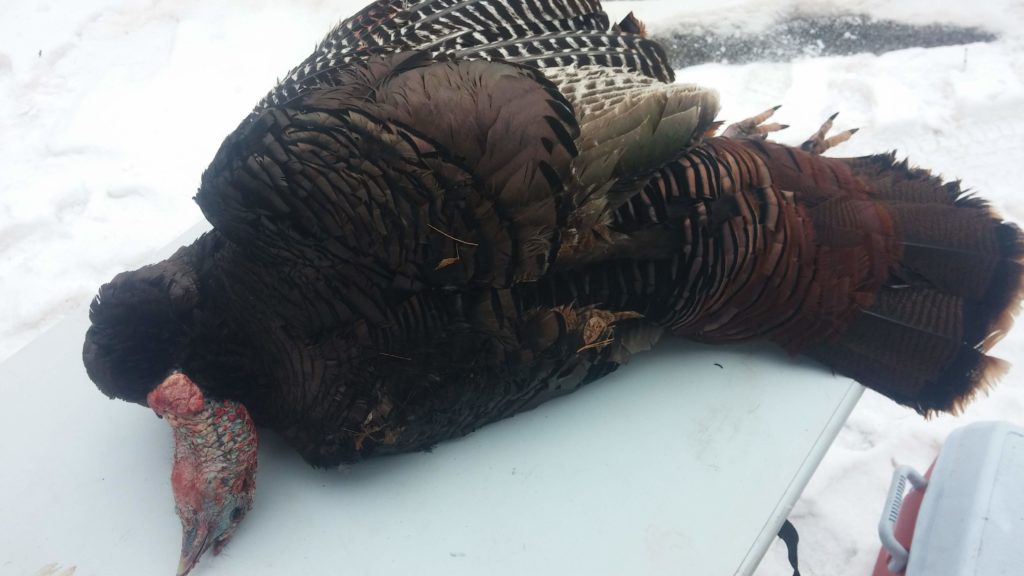 But what we eat, how it’s grown, where it’s from…all can either move us toward eating sacramentally (knowingly, lovingly, reverently) or eating in a way that, as Berry writes, desecrates the complex set of relationships on which our lives depend because it is done ignorantly, greedily, clumsily, or destructively.

Eating locally, whether that be an animal whose life you’ve taken in a hunt, or vegetables grown by an area farmer, is one of the best ways to honor the truths in Berry’s words.

Note: Farm Table, prior to the pandemic, held two “Learn to Hunt for Food” classes. The first, which Mike participated in, taught participants how to hunt for turkey. The second taught deer hunting. Once we are meeting in person, we plan to offer this program again with partners like the Wisconsin Department of Natural Resources, Pheasants Forever, and the National Wild Turkey Federation.

Mike Schut serves as Farm Table Foundation’s Senior Director for Programs and Community Partnerships. His books include Food and Faith: Justice, Joy, and Daily Bread and Money and Faith: The Search for Enough.

Our Mission and Your Partnership in 2022, and Beyond