Spend Your Love like You're Going Out Of Style 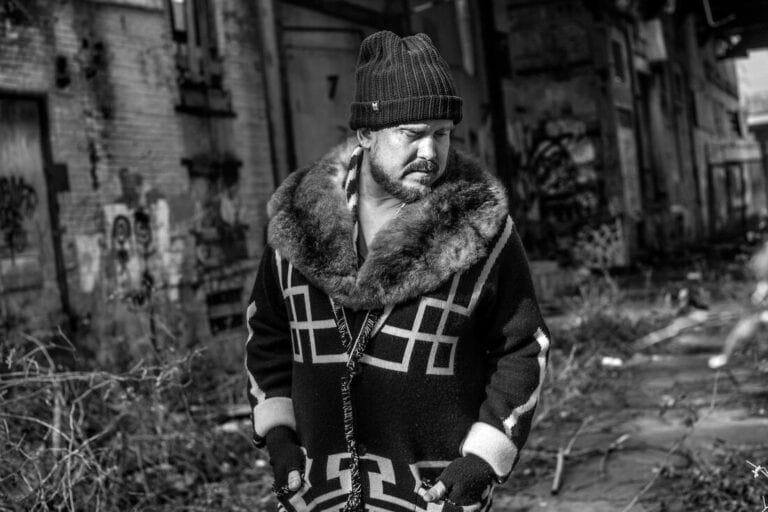 Editor’s note: I spoke with David Huckfelt in July. He will be in concert in our barn on August 28. David has performed benefit concerts for organizations, like Seed Savers Exchange, whose missions share some similarity to Farm Table’s. I asked him why he feels strongly about supporting organizations working to promote local food and farmers.

For David, such farmers are already “five steps more connected” to the land as well as to their communities than most of us are. He sees farmers as serving all of us, nurturing us on the most fundamental human level.

David told me he has “several friends who determined years ago that the best way to make a stand and a change for a better world was to start growing food for people. Turnip Rock Farm, Bubbling Springs Farm, Seed Savers Exchange, Sister’s Camelot, Grinnell Heritage Farm, Sean Sherman The Sioux Chef—there are hundreds. I love music and know it has a tremendous capacity to lift up the world, but to me the people growing the food, the farmer’s markets, the pizza farms, the food shelf donations, the co-ops: these are some of the true heroes of the revolution.”

David grew up in a “formerly quaint small town in Iowa.” Part of his interest in supporting local food stems from what he sees in the history of agriculture, including how “Big Ag” impacted his small town. He said, “For decades, corporations and greedy people (usually white men) in positions of authority have tried to turn the food chain into a chain around the necks of the people. This goes all the way back to the United States government policy of exterminating the buffalo to try to break the lifeblood and spirit of the Lakota people and continues through the story of the town in Iowa where I grew up. Big Ag moved in and small-scale farmers and the main street businesses they supported began to evaporate. Bring it right up to the ‘food deserts’ just down the street from me here in north Minneapolis, where people don’t have access to fresh, healthy, and affordable food and you can see why we need local food and local farmers.”

David continued, “Sustenance, much like religion, can be a brutal tool in the hands of an oppressor; but it also has the capacity to liberate entire communities; and when you can find and afford food that isn’t shot full of GMO’s and shipped across the world, everyone benefits.”

With those initial thoughts from David, what follows is a beautiful description, at times almost a meditation, on his latest album and what inspires his music at this time. (Huckfelt’s concert in the barn is on August 28. Get your tickets here!) 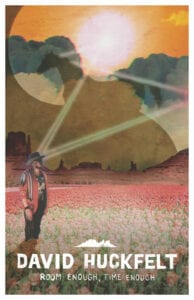 Ritual and Song as a Web of Resilience: When the world is on fire and the seeds of division are sown throughout the land, music and ceremony have always held a sacred space for healing and renewal. “Room Enough, Time Enough,” the second full-length solo record from singer-lyricist and folk activist David Huckfelt of The Pines, is a record about restoring balance: space and attention, peace and equality, redeeming the marginalized, and remembering the forgotten. It’s a new expression of the ancient ritual and power of songs to weave a web of resilience and protection over our land, our loves, and our resistance, from a songwriter whose new solo endeavor is a present-moment plea for connection and compassion.

“The phrase ‘Room Enough, Time Enough’ comes from a name the Navajo used to describe their ancestral homeland in northern Arizona and New Mexico, not far from where the record was made,” Huckfelt says. “It’s one of the most breathtaking and beautiful places in the country, where a person can hear themselves not-think, a place where every mesa and every rock is a god with a name and power. We are fortunate to even be allowed to pass through this land. Places like this are a paradox of vulnerability and resilience, and the geography of the desert is where and how this record was born.” 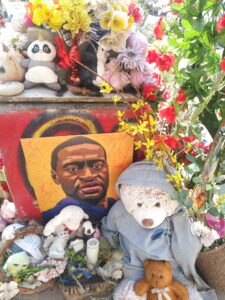 Protecting the Spirits of Vulnerable People and Places: In an all-out effort to find common ground, Huckfelt’s friendships with a beautiful and diverse cast of musical voices across genres, including singular but oft-ignored Native American songwriters, form the basis of the new work. “I’m not Native, but for me, it wouldn’t be a stretch at all to say that Indigenous thought, spirituality, and friendships spared me from being a casualty on the rocks of American Christianity. It’s an undeserved mercy I long to repay in some way. For this record, I wanted to bring storytellers and voices that we have forgotten how to listen to into unison, without falling into nostalgia or idealism,” Huckfelt says. “The idea is to build a wider tent and a longer table for collaboration across genre, race, class…with songs that can help lead to healing and positive solutions. And just to let everyone be as wild and real as they are at heart.” The record and the songs are primarily about protecting the spirits of vulnerable people and places, whosoever and wheresoever they may be.

A brand-new first-time father, Huckfelt and his partner welcomed a son Billy Niobrara into the world in March of 2020; while the songs and record were written with protecting and nurturing this new life in mind, they had no idea how desperate and dangerous their new world was about to become. “Having our son arrive just as the reality of the Covid-19 pandemic hit full-on was a crushing exercise in vulnerability…. Then, just as we were getting the hang of quarantine and isolation, George Floyd was murdered just a mile away from where we live.”

Making Room for Marginalized Voices – They Talk, We Listen: As Huckfelt began putting the finishing touches on the record back home in Minneapolis, his city erupted in a revolutionary response to the systemic racism and police brutality—with repercussions around the globe. “Minneapolis, this relatively quiet, bitter-cold, liberal city in the north lands holds a great deal of little-known history about the American experiment. The American Indian Movement was started here in the ’60s to protest police brutality; Abraham Lincoln ordered the largest mass execution in US history near here, the Dakota 38 in Mankato in 1862. It’s impossible to live in Minnesota and ignore the Indigenous history and resistance of this land, but the same should be said about all of the United States.”

With decades of police brutality and racial discrimination as a foundation, Minneapolis exploded in May with the very best and the very worst that America has to offer. “While we had the largest multi-racial peaceful protests in the history of the country, we also had white supremacists from out of town driving around armed to the teeth and placing explosives in people’s backyards and alleys. Friends of mine with Black Lives Matter signs in their yard woke up to hand-written notes saying, “Take this sign down, or tonight we come back real quiet & burn you and your children while you sleep.” 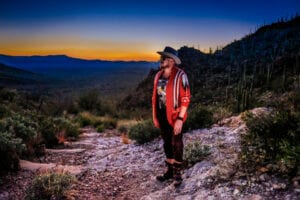 Says Huckfelt, “The experience of watching your eight-week-old baby sleep in the window moonlight while helicopters, explosives, gunshots, and sirens rage all around you is unlike anything I’ve ever known. It became clear as I watched the Minneapolis Native American community join forces with Black Lives Matter and thousands of white allies that the time was now for everyone to do their part to make room for these marginalized voices and let them speak for themselves. They talk; we listen. As an artist and songwriter, my big hope is to create art that opens up room, time, and space for new narratives to arise. I think music has a special role to play in the healing.”

You Just Spend Your Love like You’re Going Out of Style: In a career on the road less traveled that has found him sharing stages with a staggering diversity of artists—from Mavis Staples and Emmylou Harris, to Bon Iver and Arcade Fire, and more recently an impressive array of Native American musicians including John Trudell, Quiltman, Keith Secola, and Annie Humphrey—Huckfelt wanted to build a new musical community for this collection of songs. While his 2018 solo debut record “Stranger Angels” was written in complete isolation at Isle Royale National Park on Lake Superior just a few miles from the Canadian border, “Room Enough, Time Enough” was created in the borderlands of southern Arizona, in the musical mecca of Tucson, the high Sonoran Desert and one of the richest, most biodiverse ecosystems in the world. 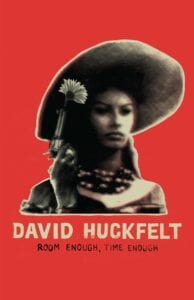 The music mirrors those timeless stories of that Southwestern geography: forgotten arroyos and empty washes, cliff dwellings and cave art, cowboys, Natives, outlaws, and honest men telling the story of a place older than the concept of America. “This record focuses on what my friend Keith Secola likes to call ‘the marginal creatures’, the extraordinary and strange beings at the fringe of our fields of vision, on the outskirts of the frame, off the internet and growing like wild, endangered flowers on the edge of the garden. Songs are like that too, and for this record I chose to lift up some songs and songwriters out on the fringes of the mainstream musical ecosystem,” writes Huckfelt.

The new original songs are peopled with the kind of imagery and insight that gives Huckfelt a singular voice and perspective among songwriters of his generation. Unpinned to any particular genre, the former theology student offers lyrics that speak to hope from every human angle. “Better to See the Face,” a Zen Buddhist koan, conjures the calming power of true intimacy, face to face and heart to heart, banished so forcefully by the Covid 19 pandemic. “Gambler’s Dharma” is a meditation on the skillfulness needed to navigate an oft-times capricious world of random chance, while “Land of Room Enough, Time Enough” speaks to how the human heart and imagination thrives best with enough space to roam. “Imaginesse” is a full-throated love song about beating the odds and not winding up a casualty on the gravel road of commitment. 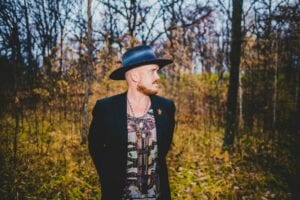 Says Huckfelt, “I feel that with this record I’m just getting started offering what I want to offer, giving what I want to give. The line from “Better to See the Face” might say it all for me: “You just spend your love like you’re going out of style,” because we all are. Every time I work with someone I love and admire, I’m humbled just to be taking part in the conversation about the strong medicine that can heal America. “Room Enough, Time Enough” is the next step in that ceremony.”

When We Ate Weeds

Cinco de Mayo and that glass of milk

Why donate to Farm Table

We’re moving forward, thanks to you.

Are cows the problem or solution to air pollution?

I think I can see spring from here